The Celtic Maze & Wildflower Meadow are perhaps the favourite spaces for children visiting the Ballymaloe Cookery School Gardens. Stop by The Farm Shop before you enter the gardens to pick up The Kids Trail map and question sheet which will keep them entertained searching for various types of insects, animals and landmarks!

The maze was planted in 1996 by Peter Lamb, a friend of Tim and Darina's, who had wanted for some time to create a Celtic Maze. He himself did not have enough ground for his grand design based on the manuscripts of Irelands Golden age - works like the Book of Kells and Durrow - which contain the most intricate and abstract patterns, many of which are maze-like. Darina adopted his scheme, having herself considered planting a maze since 1992. She consulted Lesley Beck, a maze designer, who carefully modified Peter's original plan to create a workable hedge maze with a strong puzzle and a short exit.

The Celtic Maze covers just under an acre and took ten days to plant with yew trees. Every section had to be carefully measured so that when the final yew tree was set in place it was exactly were it should have been in order to keep the puzzle intact.

It has taken quite a number of years for the maze to reach maturity and sections of it have been replanted with Hornbeam and Beech trees in places where the Yew did not thrive. 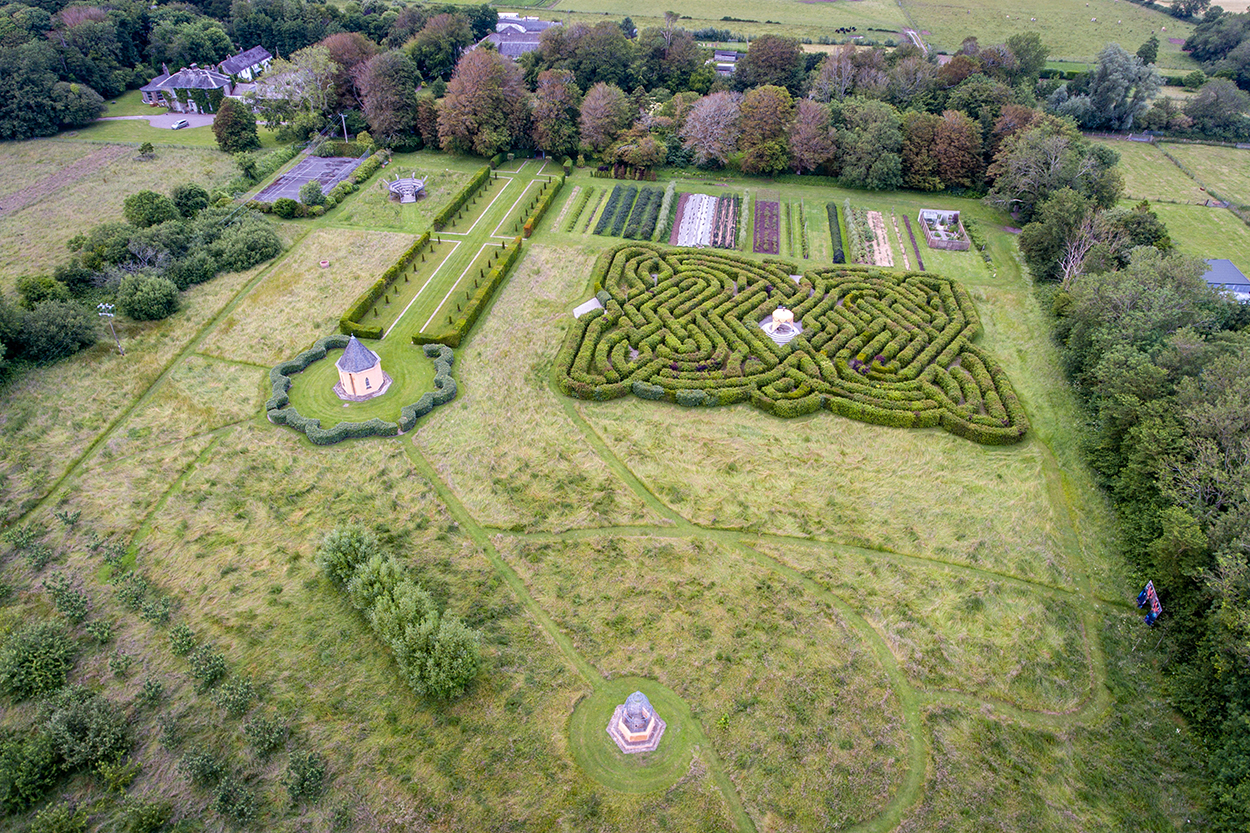 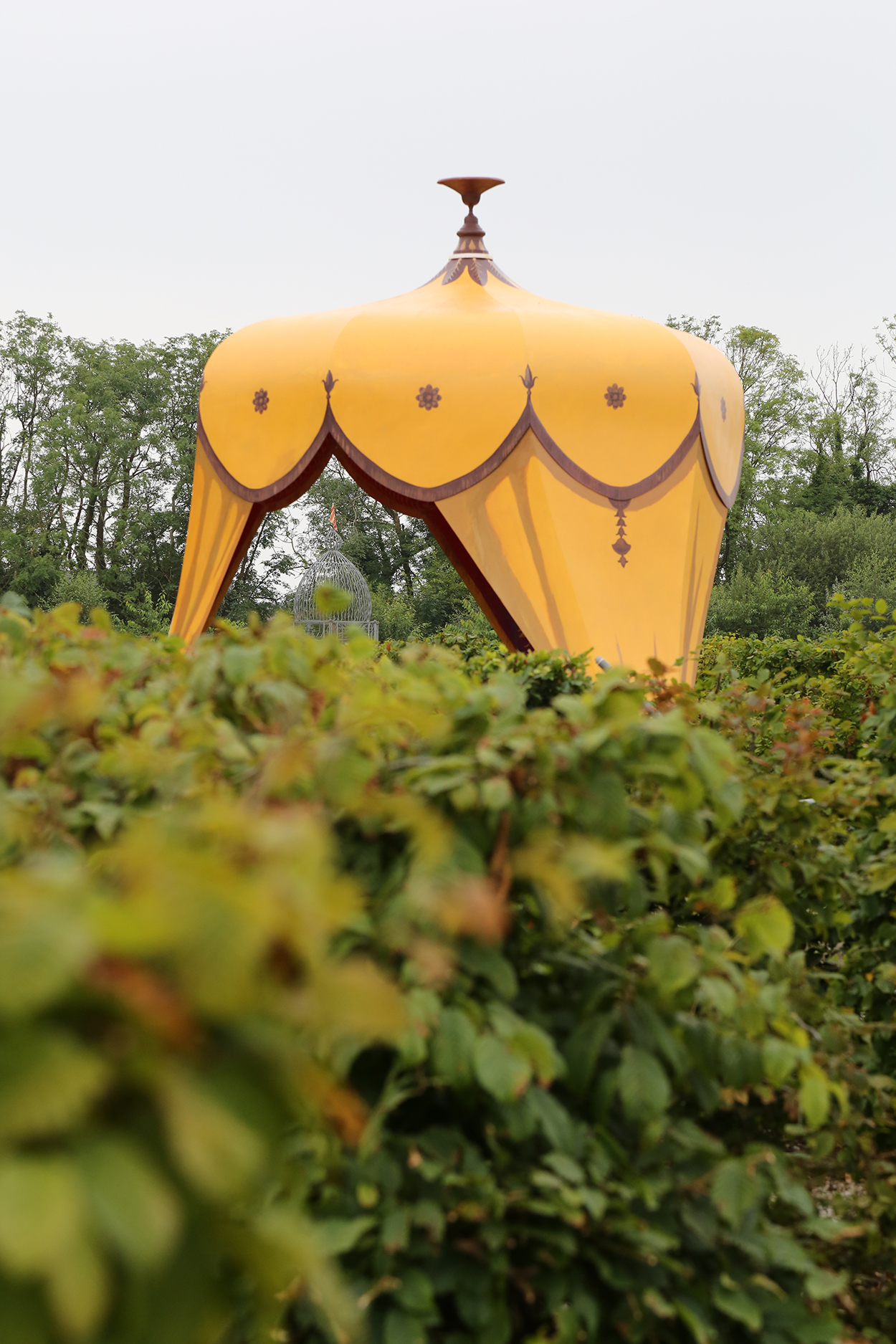 Did You Know This?

Beyond the Celtic Maze and the adjecent Herbaceous Border lies the sprawling Wildflower Meadow. In Summertime, this meadow is allowed to grow uninhibited and is a wonderful place to spot butterflies, bees and other wildlife attracted by the various species of flowers and plants. Meadows have an important ecological function - by attracting insects to pollinate the flowers, they benefit the entire ecosystem of the gardens. Follow the "Farm Walk" signs from The Shell House along the little path which cuts through the high grass on either side of the meadow, leading you towards The Butterfly Doorway into the Outdoor Vegetable Patch and The Glasshouses. Watch out for the Willow Dragon, lying in wait in the long grass! 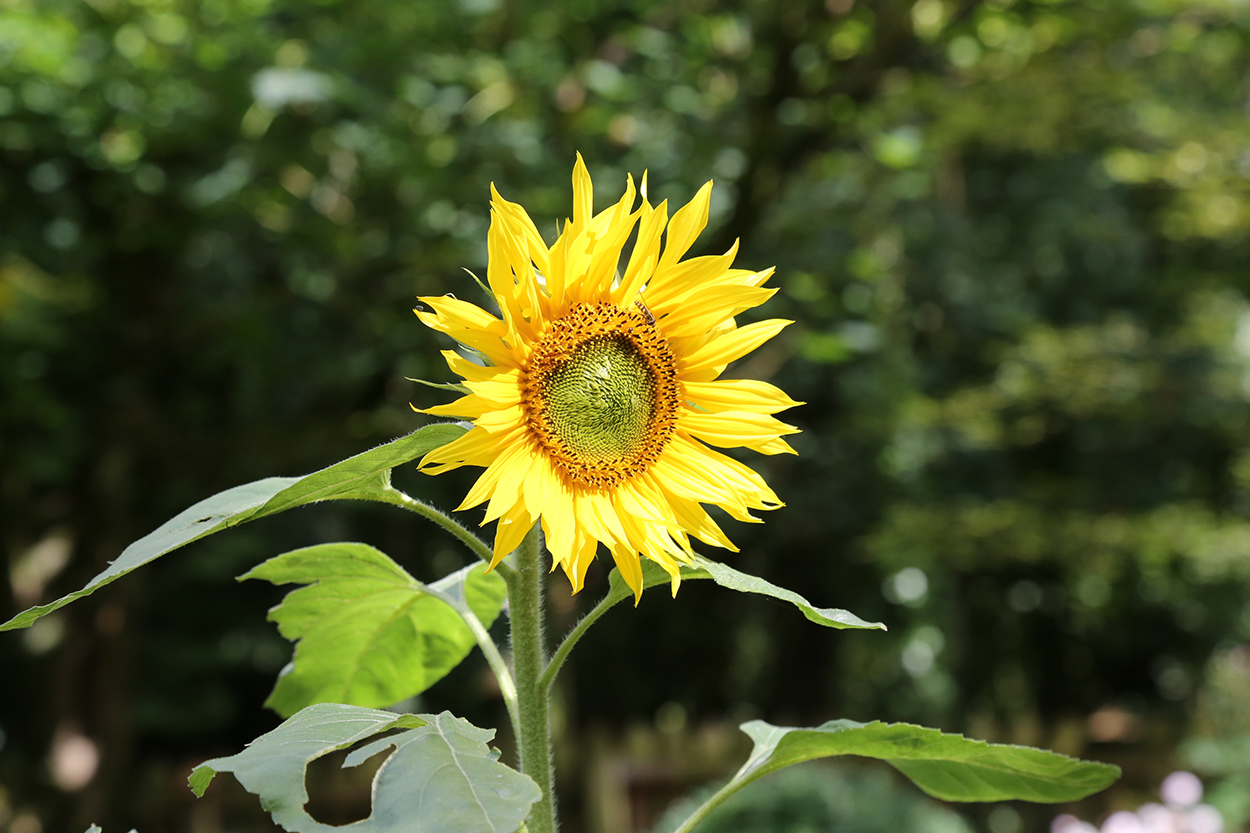 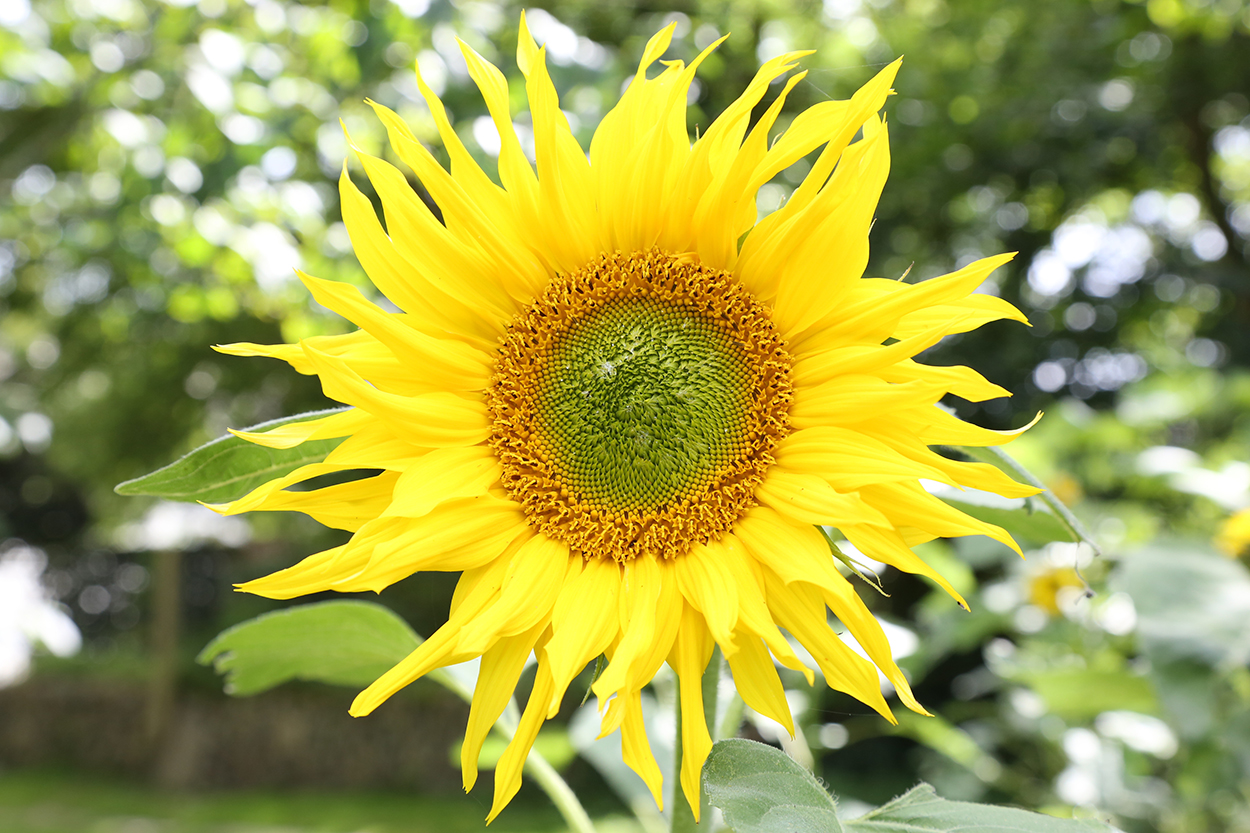 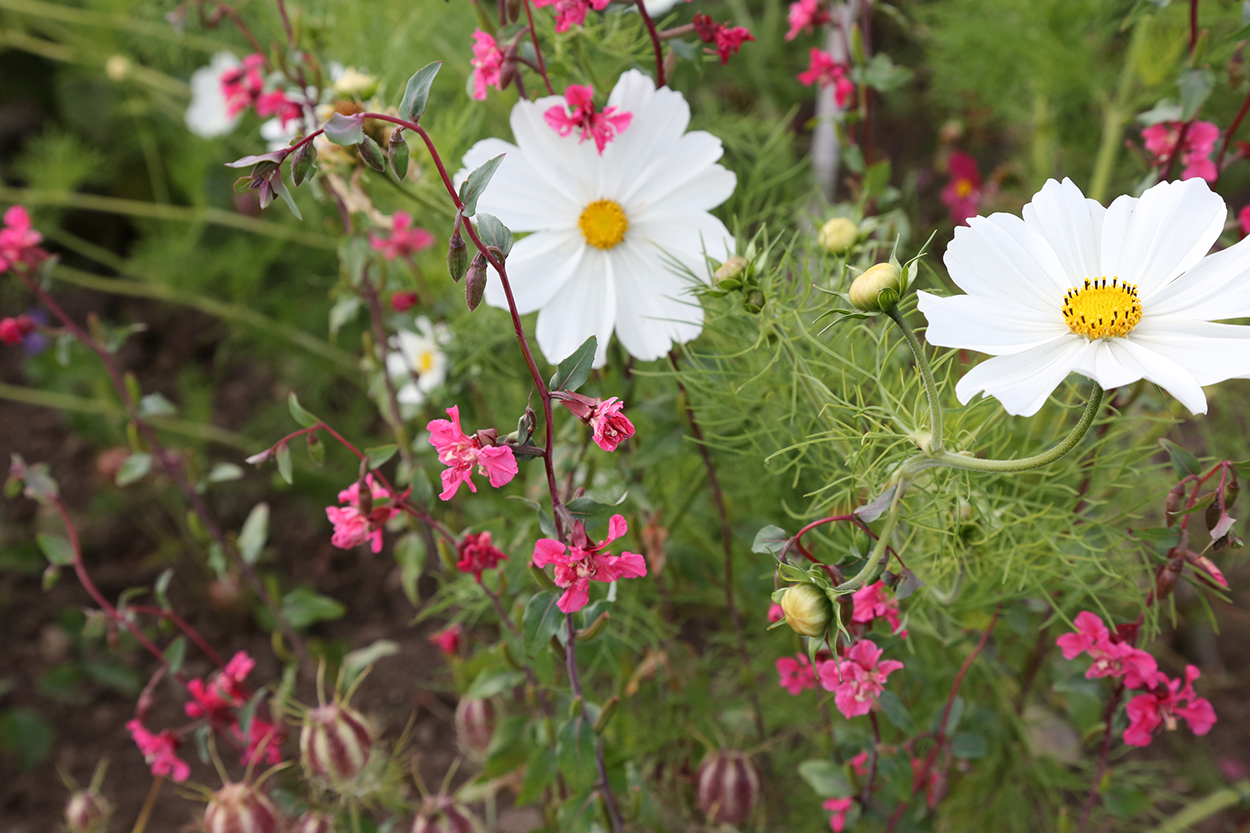 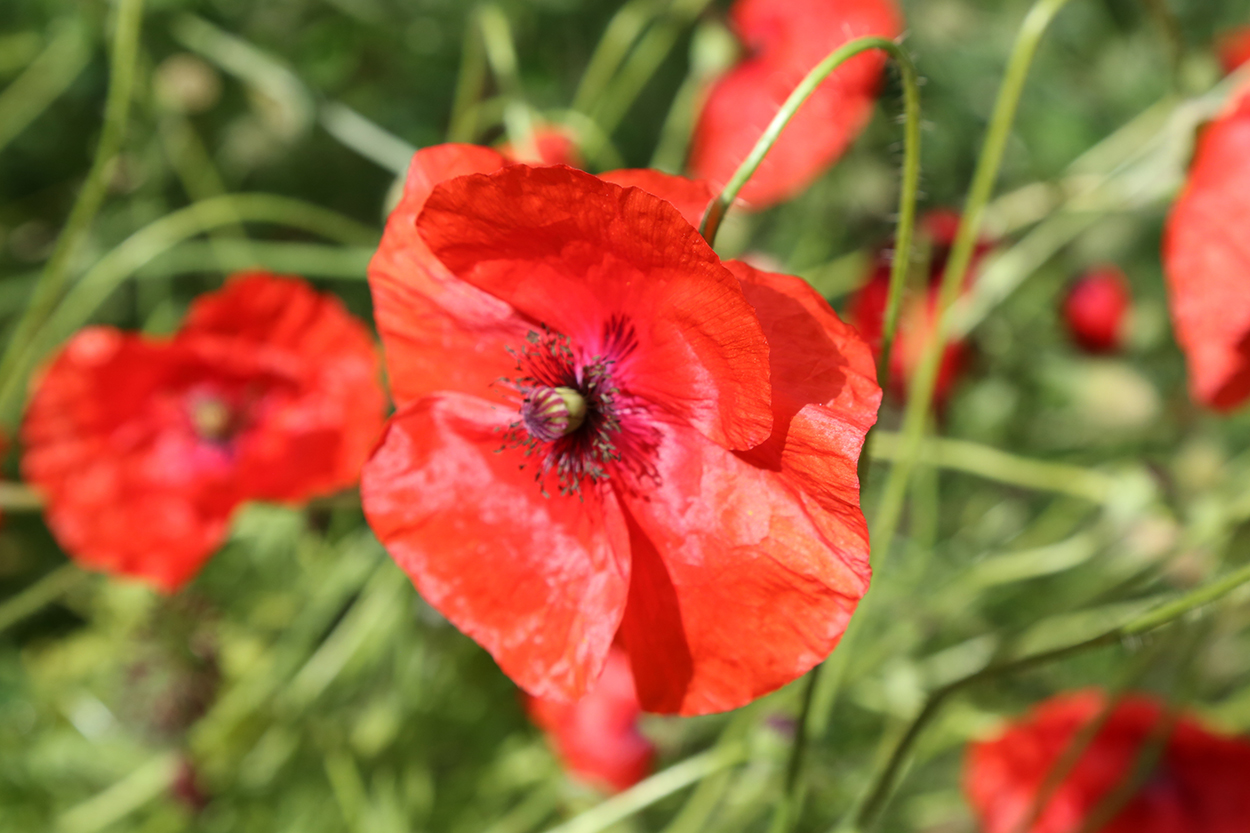 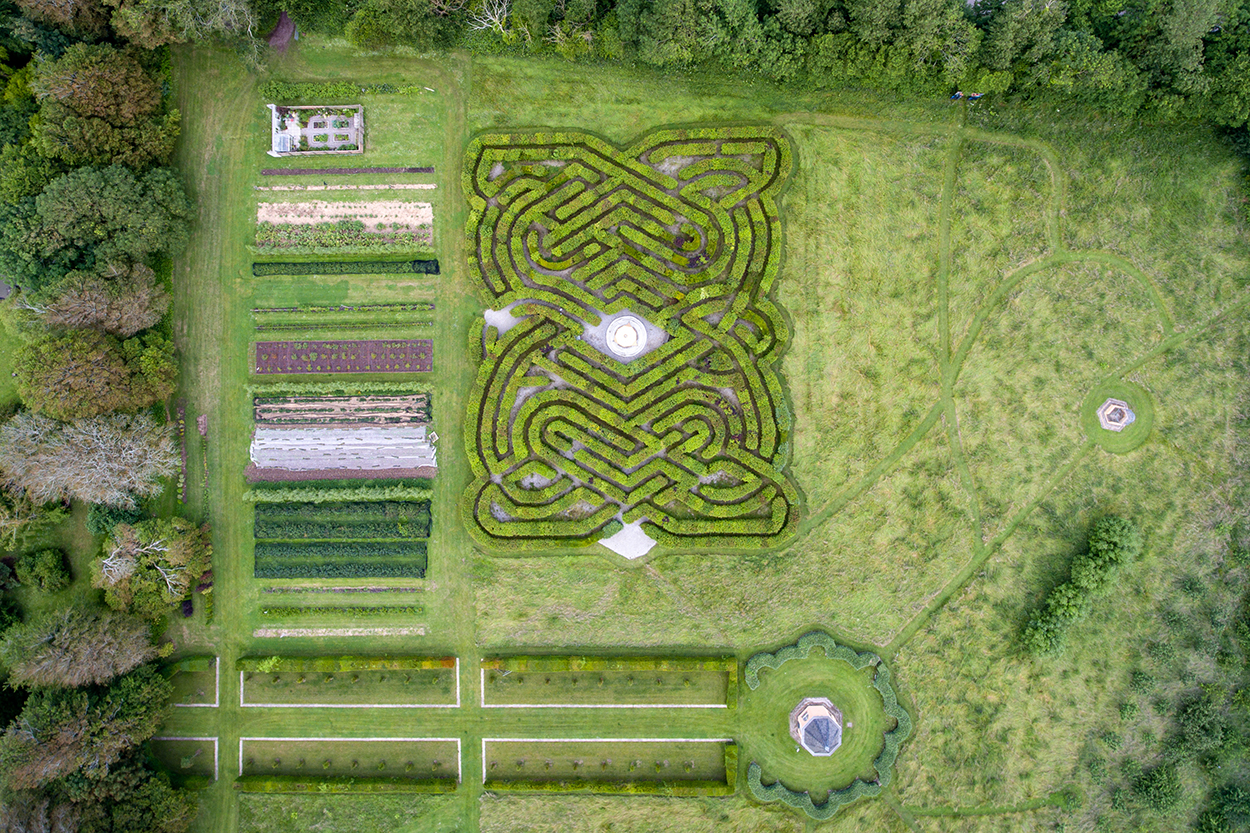 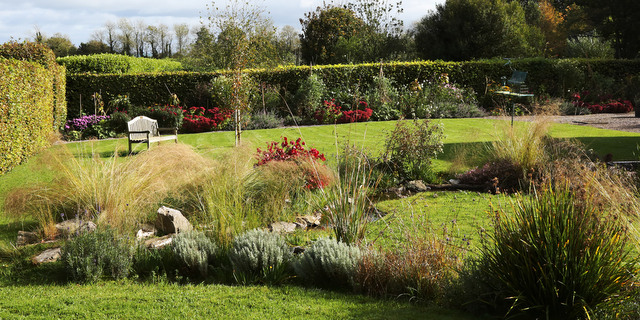 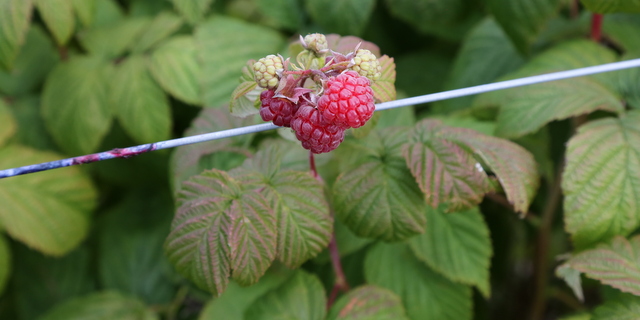 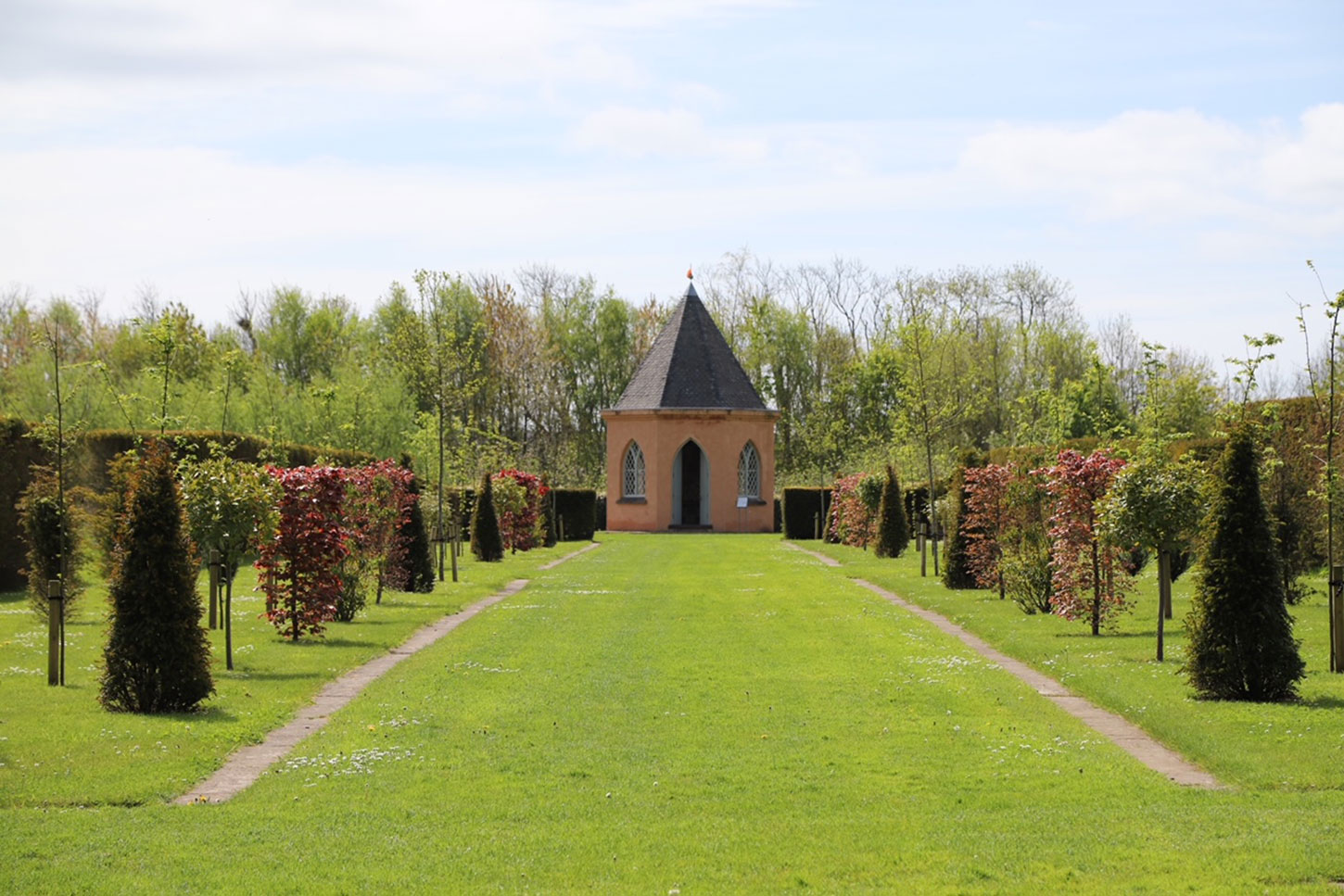 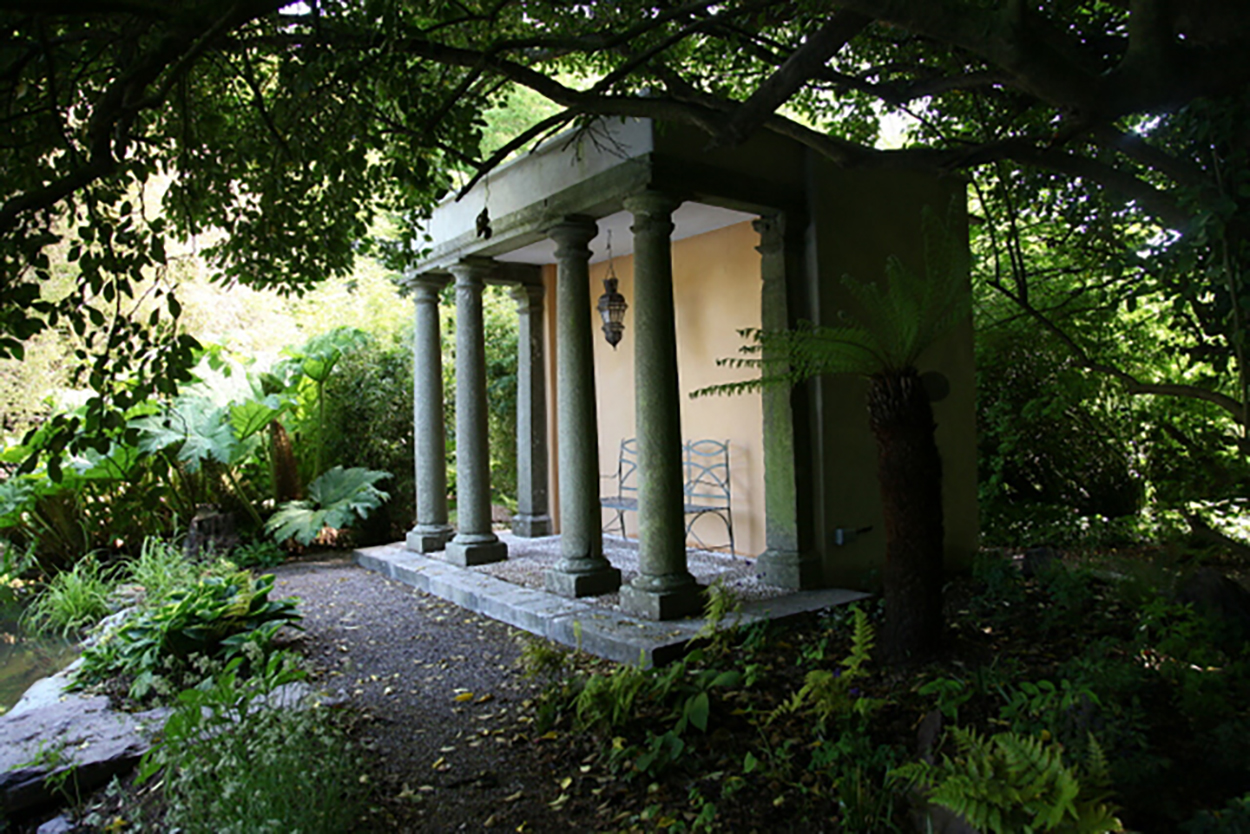 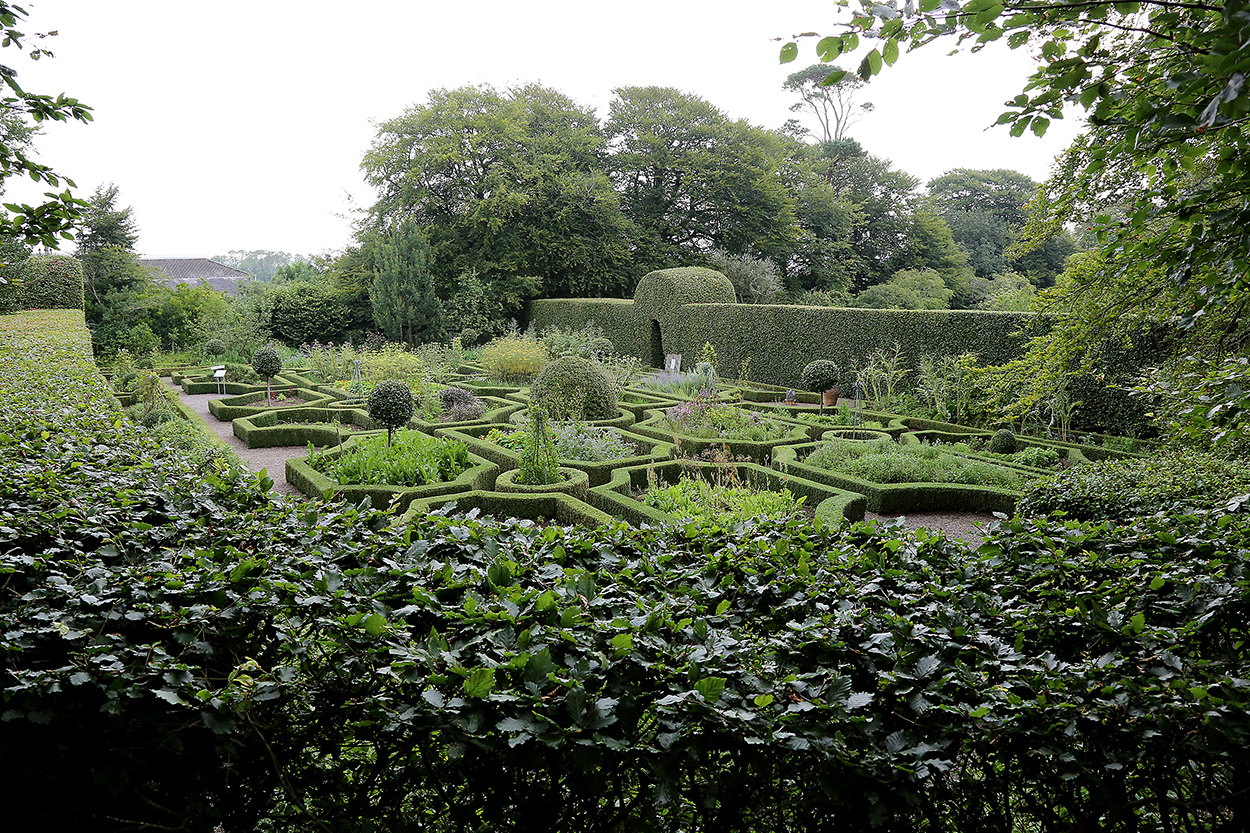 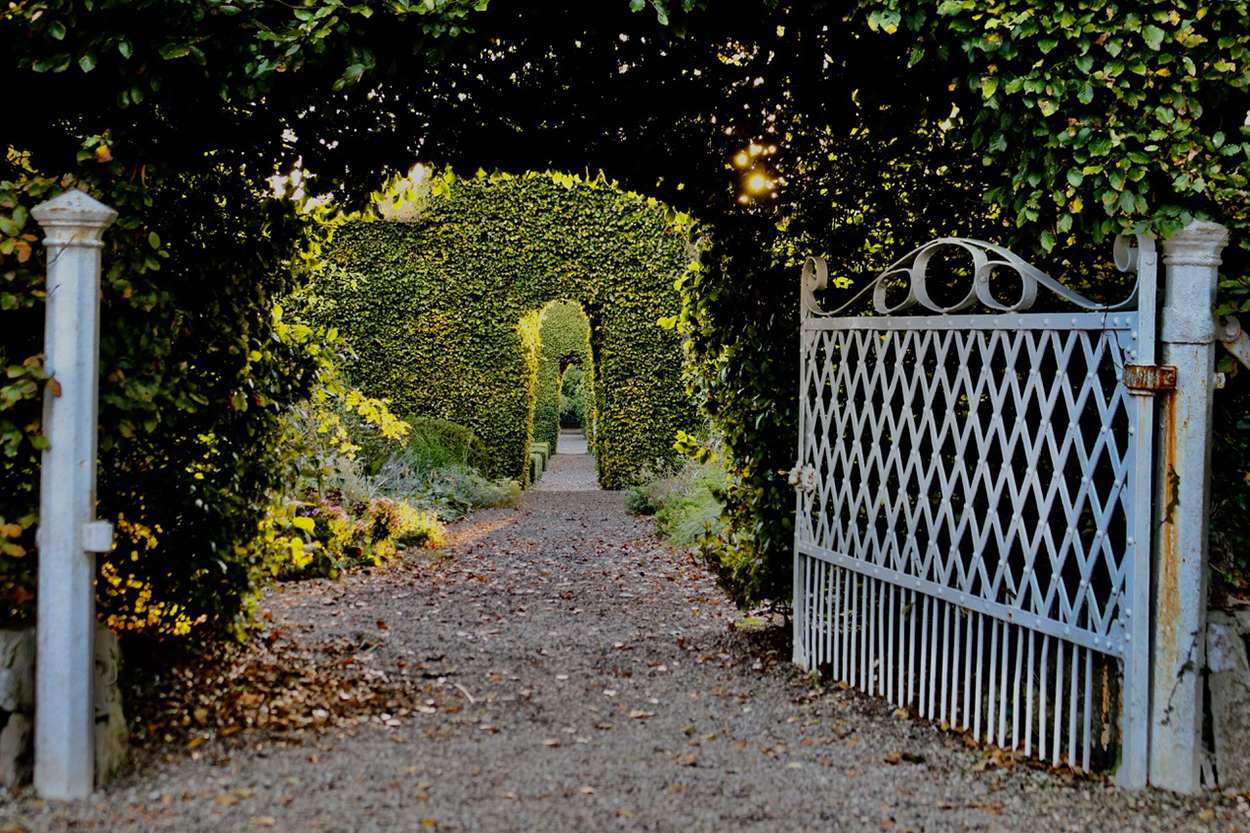 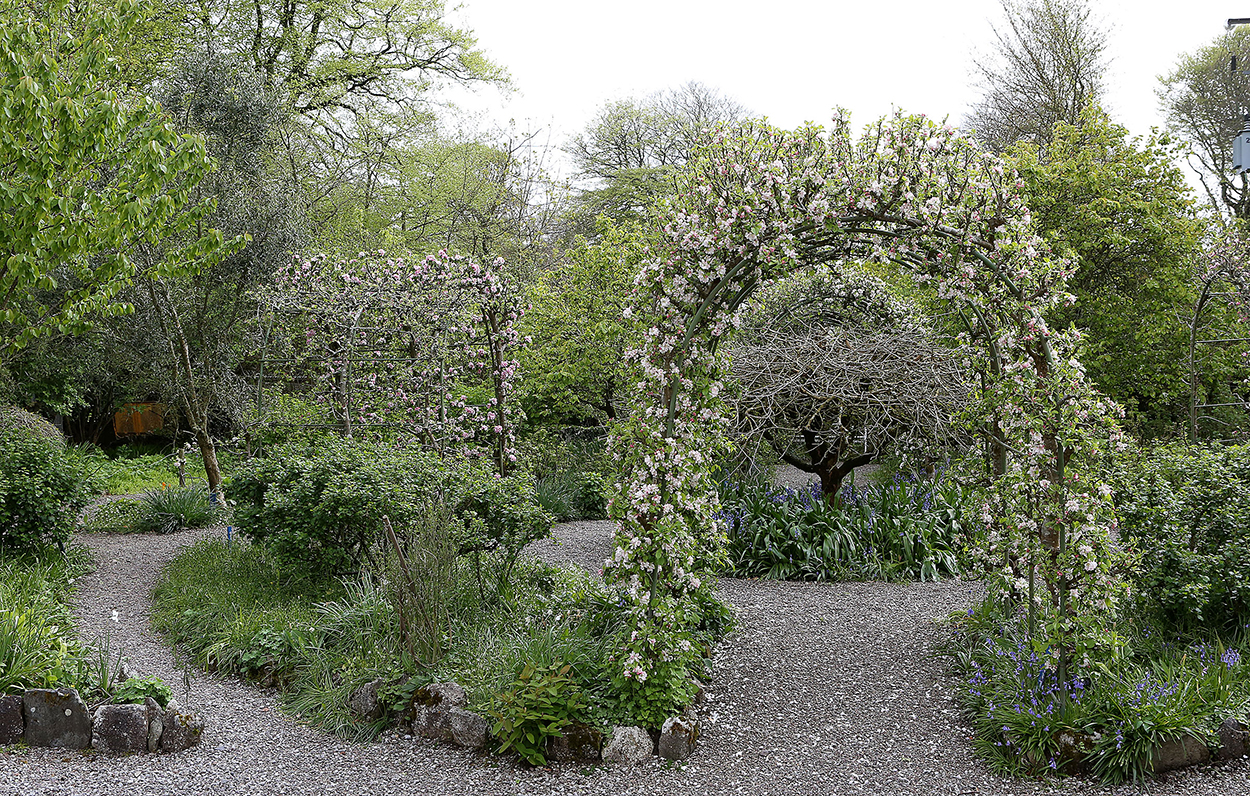 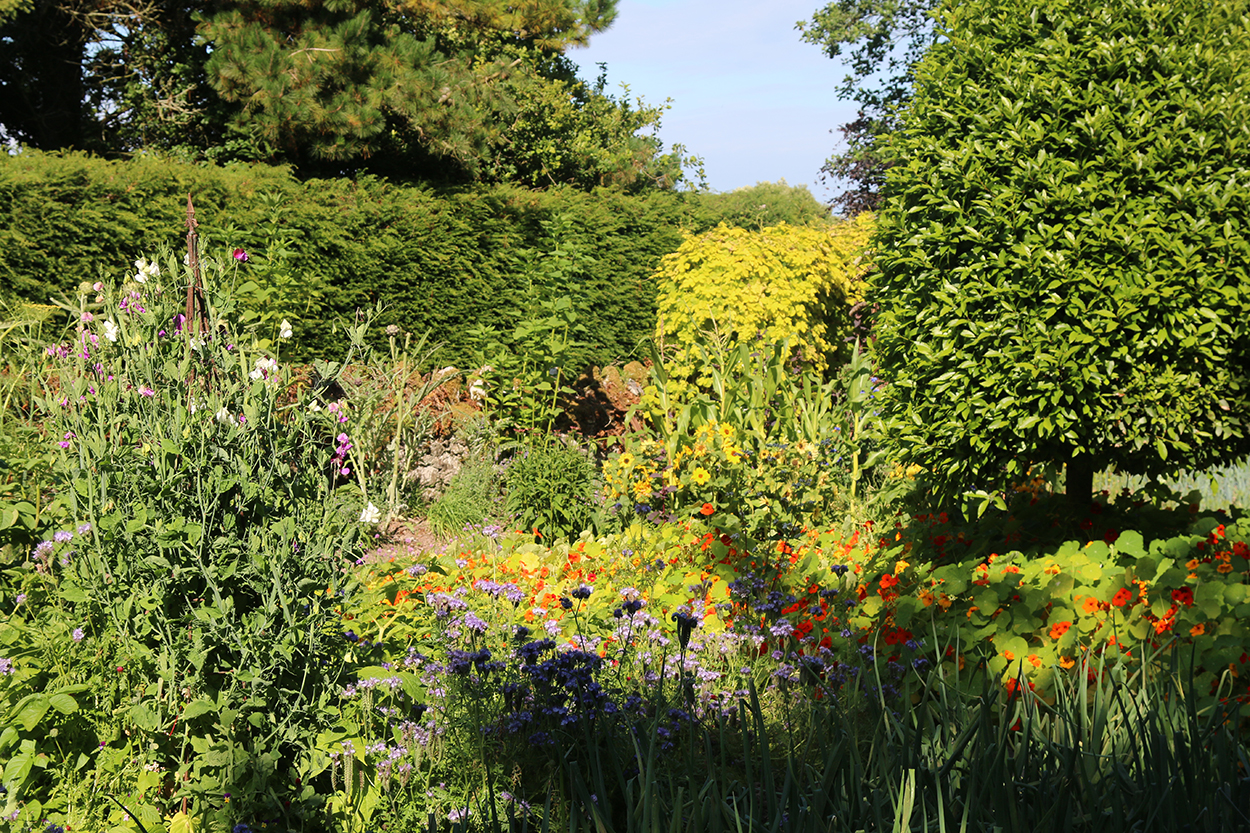